“Iconic” is a word that gets thrown around a lot, but rarely is it more appropriate than when talking about Han Solo, one of the most beloved and influential sci-fi characters of all time. He’s a scoundrel with a heart of gold, a good-for-nothing troublemaker who becomes one of the leaders of the Rebel Alliance and best friend and most trusted confidante of Luke Skywalker.

A movie about such an irresistible character should be a slam dunk. And yet, Solo: A Star Wars Story went through serious behind-the-scenes upheavals on its way to hitting theaters. Long story short, the movie was originally going to be directed by 21 Jump Street and The Lego Movie directors Phil Lord and Christopher Miller, who were fired several months into production and replaced by Ron Howard, who subsequently re-shot most of the film. We’ll never get to see Lord and Miller’s version of the movie, and we’ll probably never know the whole story behind their firing. But the movie Howard put together, while not a classic in the making, is still a lot of fun.

Han is played by Alden Ehrenreich, a 28-year old actor. He had big shoes to fill, since Han Solo is one of Harrison Ford’s most iconic (there’s that word again) roles. It would be difficult for any actor to play such a character, and Ehrenreich does pretty well. I’d imagine playing young Han Solo would be the kind of role every young actor would want, since who wouldn’t want to play such a famous character and hang out in such a fun universe. At the same time, no one would want to play young Han Solo because of the inevitable comparisons to Harrison Ford. Let’s get this out of the way: Alden Ehrenreich is not as good of a Han Solo as Harrison Ford, but to be fair to the guy, who would be?

The movie begins on the planet Corellia, a backwater that Han and his girlfriend Qi’ra (played by very likable Game of Thrones star Emilia Clarke) are desperate to escape from so they can see the galaxy together. They almost succeed, only for Qi’ra to be arrested and separated from Han. Seeing no other options, Han enlists in the Imperial Navy in the hopes of becoming a pilot, getting a ship, and returning to Corellia to save Qi’ra.

None of this happens. Han ends up meeting a Wookiee named Chewbacca and the two of them fall in with a smuggler named Beckett (played by Woody Harrelson) and his partner Val (played by Thandie Newton, so amazing in Westworld and criminally underused here). From there, the movie becomes a series of adventures as Han and his new pals jet across the galaxy, getting in heaps of trouble at every turn. 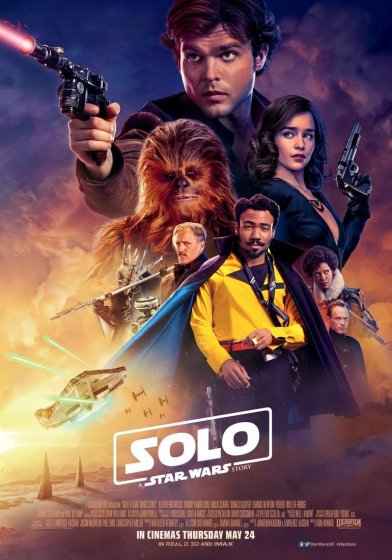 There’s not much of an overall plot here, it’s more of a series of adventures that, while fun, end up feeling somewhat inconsequential. Han and Co. are caught up in a mission to steal a supply of coaxium, an extremely valuable (and dangerous) starship fuel. Starship fuel, while undeniably cool, is kind of boring as a plot point. The movie’s biggest problem is that it doesn’t feel like much is at stake. You know Han and Chewie aren’t going to die, so you’re not worried about their long-term prospects. The suspense is short-term and comes from wondering how our intrepid heroes are going to escape from whatever predicament they currently find themselves in.

The story also doesn’t serve much of a purpose in the overall Star Wars universe. Rogue One, the other Star Wars spinoff movie, was a direct prequel to Episode IV, and felt strongly connected to the rest of the series. It told the story of desperate people on what they knew would most likely be a suicide mission, but they did it anyway because it was the right thing to do. It was a movie with a strong sense of purpose and a genuine moral compass. Solo, by contrast, has neither. It feels untethered from the rest of the series and its characters are either in it for the money or to save their own skins. As understandable as these motivations might be, they don’t necessarily make for compelling drama.

Despite the lack of dramatic heft, the movie is perfectly enjoyable as a piece of entertainment. There are a lot of fun and exciting action sequences and there is an undeniable thrill in seeing beloved characters in a new light. It’s fun to watch Han and Chewie meet and become friends, it’s fun to watch them meet Lando Calrissian and hop into the cockpit of the Millennium Falcon for the first time. These are all things you knew would happen going into the movie, but it’s fun to see them regardless. I especially enjoyed watching Han and Chewie’s growing friendship, since they’re a classic duo and Wookiees have always been one of my favorite Star Wars creatures. 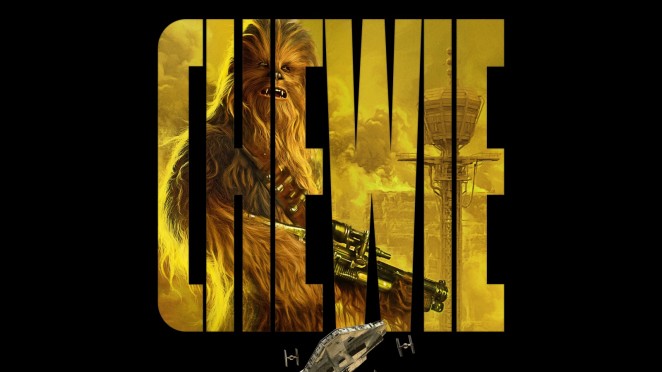 Speaking of Lando Calrissian, the filmmakers could not have found a better actor to play him than Donald Glover. He is absolutely perfect. He’s smooth as hell, but you don’t trust him for a second. I would happily watch Lando: A Star Wars Story, with Glover in the lead. He steals the movie.

One of the strangest and most surprising/disappointing things about the movie is how bland it looks. The special effects are good, as one would expect from a Star Wars movie, but for some reason Ron Howard shot the film with a shockingly dull color palette. In stark contrast to the vivid blood red that characterized The Last Jedi (say what you will about the story but that movie looked amazing), Solo is mostly shades of brown and grey. If I had to pick one word to describe the visual experience of watching the movie, that word would be: meh. This is never good for a sci-fi movie that cost $250 million to make. I don’t know why Ron Howard made it look so drab. It seems like a wasted opportunity.

Despite its many flaws, I enjoyed the movie overall. There are fun and creative action sequences (the train heist is particularly fun), the acting is solid (Paul Bettany has a good time hamming it up as a scarred, red-eyed crime boss named Dryden Vos), and it’s a fun and entertaining sci-fi adventure. But the bland visuals and lackluster story keep it from being as good as it could have been.

The movie made around $80 million in its opening weekend, a respectable take but well below what Disney was projecting the film would make. I’ve already seen headlines online wondering if Disney and Lucasfilm will start rethinking their strategy regarding Star Wars movies, at the same time it’s been announced that a Boba Fett spinoff is in the works from Logan director James Mangold. That sounds promising, and there’s always Episode IX, which is due out next year. Whatever you thought about Han Solo’s first solo outing, rest assured that for the foreseeable future there will be more Star Wars movies on the horizon.